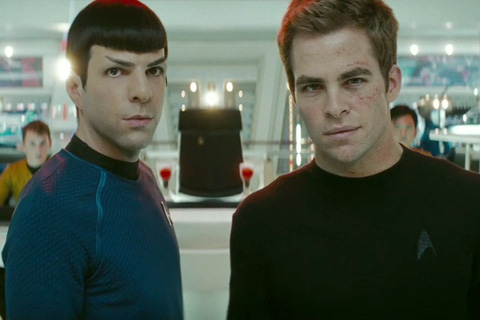 Captain Kirk and Mr Spock: What Star Trek tells us about human nature and making decisions

With the latest runner from the Star Trek stable dashing onto the screens (Star Trek Into Darkness) we are once again exposed to a famous universe and a much loved movie relationship; that of Captain Kirk and Mr Spock. As well as providing a lot of fun, Star Trek ventures provide an opportunity to reflect upon current affairs from a different angle and look at what makes us human as well as how we make choices.

The great thing about good science fiction is that it encourages divergent thinking. By creating alternative realities that do not conform to the rules we live by we are able to think differently or address sensitive subjects by removing them from our present reality. When done well, science fiction brings a philosophical distance where we can look at modern day issues through a different lens and start to challenge our assumptions. We can visit the future and think about the advantages and disadvantages of scientific advances, whether that is technological development, for example in ‘I, Robot’, or mind altering drugs such as in ‘A Scanner Darkly’. We can consider what life might be like if history had turned out differently and explore parallel universes as done in ‘Watchman’ or fantasy worlds where we can reflect on contemporary issues like in ‘Avatar’.

The original Star Trek series was always very much about social commentary. It looked at the big questions such as imperialism, globalisation, and racism and addressed them while trying to give a glimpse of a better future. The films took up this mantle to a degree and the latest outing explores issues such as terrorism (although this conversation takes place on a rollercoaster ride of action and explosions). 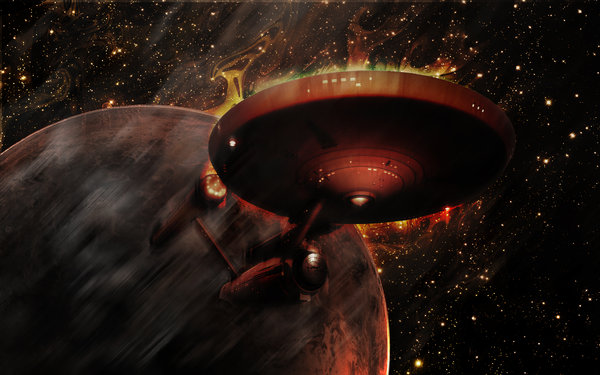 But as well as these political and social issues there is an interesting psychological study at the heart of the Star Trek universe that is reflected in the characters of Captain James T. Kirk and Mr Spock. Captain Kirk is the hotheaded passionate leader – who follows his heart and his gut – as he works his way through various diplomatic liaisons or tricky tactical situations (often resorting to punching his way out of either) while Mr Spock is the cold face of reason and logic; the counterpoint to Kirk in almost every way. The tension of the relationship poses questions such as who is right? Who makes the best decisions? Who is the best leader?

In some ways the assumption or conclusion (whichever way you look at it) in the Star Trek universe is that to be truly logical is somewhat alien. In comedy terms, Spock is the ultimate straight man – the humour in Star Treq is frequently displayed in Spock’s inability to think something is funny or to be engaged emotionally. Kirk on the other hand shows us that to be human is to be passionate – and somewhat irrational – but that this human trait can be a strength as much as a weakness. If leaders have no passion – and therefore no sense of conviction behind their actions – then do we value their decisions? After all, the choices we tend to respect (if we are affected by the decision) are ones that elevate people, and we have to be emotional, we have to care, to make those sorts of choices.

So the Star Trek example of Kirk and Spock is something we should all remember. Logic is very important but it is our emotions that differentiate us as human. Our motivation, values and intuition are critical parts of our decision making; ones that can be an advantage if they are understood and held in balance. This is true even if we are applying a logical decision making process; we can never separate ourselves from our passions.

Oh, and by the way, did you know what the T in Captain James T. Kirk stands for? Does that mean you are a Trekkie? Do let us know in the comments!

3 thoughts on “Are we more like Captain Kirk or Mr Spock? Do we make decisions out of passion or logic?”